How Auto Brands Can Rev Up Engagement With 360 Media

Facebook introduced 360 videos and photos with the aim to let people share a “more immersive view of the world.” This innovation was met with enthusiastic participation from marketers, and to date, brands have published more than 28,000 posts that contain 360 media.

Take a look at the sector-wise split of 360 content for North American brands:

However, based on a sample of content from the U.S. profiles of the top 15 car brands, the amount of 360 content being published has declined.

This prompts the questions: Should auto brands bother with 360 content? What’s the return on investment?

The strongest reason for auto brands to continue creating 360 media is the huge boost in engagement it brings. 360 content posted by these brands through the end of August has generated more than twice the interactions per post brought in by their other posts on average.

Here’s a more detailed split of interactions per post brought in by 360 content vis-à-vis the overall numbers: 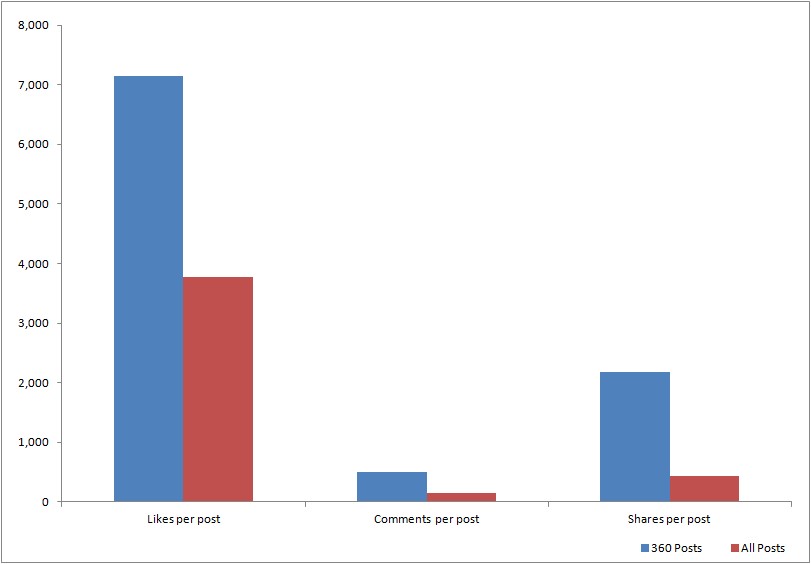 In addition to lending audiences an immersive experience, 360 content demands greater audience interaction. They have to click around the photo and video. Whether the greater interactions received by this format is because of its novelty has yet to be seen in the coming years.

How can auto brands effectively use 360 photos and videos?

Here are some questions marketers need to ask before jumping into 360 content:

The biggest hurdle marketers face is people’s ever-diminishing attention span. Along with this curse, social media offers something new each day that audiences flock toward. Marketers can stand out only by paying keen attention to innovations like 360 content and live videos and figuring out how to insert their products into these conversations.